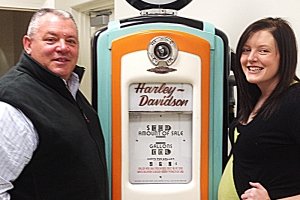 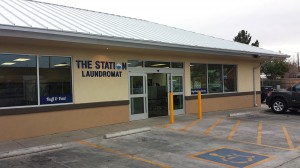 Working with Scott Harrington of Western State Design, Thatcher, Arizona businessman Pat Rowan designed and built a new coin laundry business laundry featuring Dexter Express laundry equipment. This brand new coin op was designed to provide high quality, reliable laundry service to a community that currently had limited options. The Station Laundromat, constructed on the land of an old service station caters to the local Eastern Arizona College student population, the high volume of contractors coming in and out of the surrounding mining towns and the residents of the nearby Apache reservation. Rowan’s fledgling business is already so successful within the community that he is expanding the store after less than a year of operating. Additional Dexter Express washers and dryers as well as dedicated machines for the fluff-and-fold and dry cleaning services are being installed. 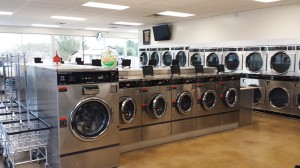 As a local businessman entrenched in the community, Rowan regularly interfaces with mining contractors and students and he realized the need for more laundry services. Not only is securing housing in Thatcher and nearby Safford a challenge, what is available rarely offers laundry facilities and Laundromats are few and far between. Providing a clean, bright and safe coin laundry facility right near the college seemed like a winning formula and it has out performed Rowan’s expectations with almost no advertising. 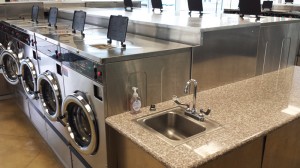 Rowan worked with Scott Harrington of Western State Design to design and build the Laundromat with Dexter Express washers and dryers.  Early on in the relationship, Harrington introduced Rowan to Dexter Express machines by taking him to a Laundromat in nearby Apache Junction that he had recently completed with this type of equipment so that Rowan could see a real world application. Dexter Express machines use less energy and complete wash/dry cycles in about an hour. Express washers boast a powerful 200 g extraction force which means laundry retains less water and dries faster. Reducing energy costs help the bottom line while shorter wash/dry cycles allow for more turn over and keeps the customers happy. After meeting the owner of this laundry, not only did Rowan embrace the idea of Dexter Express machines but he also decided to employ the EasyCardTM payment system for his laundromat. EasyCardTM provides a coin-less interface with the washers and dryers that result in greater control over pricing, specials and loyalty rewards while reducing the threat of theft.

There’s a special connection for Rowan to be serving the college students at his laundromat – he met his wife while they were both students at Eastern Arizona College and his daughter Katie, who runs the daily operations of The Station Laundromat, also attended this college. Rowan installed counters around the glass windows of his building so that students could sit and work while they do their laundry. The Station Laundromat provides free wifi and Internet stations so all customers can use their time efficiently. 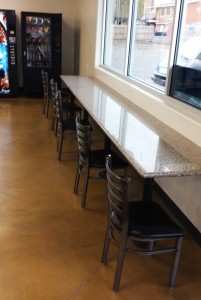 Rowan says he is happy with the overall experience of building and opening The Station Laundromat and there is little he would have done differently. Had he known how quickly the business would grow, he would have opened with more equipment but luckily, he did plan for expansion, he just didn’t imagine that less than a year into operation he would already be adding more Dexter equipment. Rowan is currently working with Harrington on the next installation of Dexter Express machines. What’s next? Rowan has plans for the future. He maintained the old service building on his land and hopes to turn it into a café. Rowan envisions the Station Café next to the Laundromat divided by a glass wall. 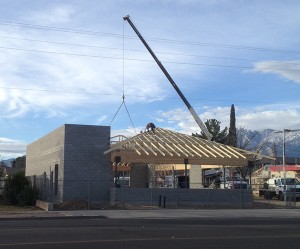 Western State Design is proud to be a Dexter Authorized Distributor, and has been recognized as No. 1 Dexter Distributor Worldwide in 2009, 2010, 2011 and 2012. Dexter Laundry located in Fairfield, Iowa, is an employee owned leading manufacturer of coin laundry equipment. All equipment is manufactured in Iowa.  To learn more contact a laundry specialist today.