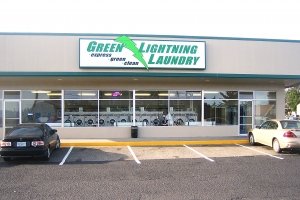 Local Oregon entrepreneur, Case Harris, has a storied history of work in the service industry. Growing up in Alaska, Harris spent time working in his parents’ restaurant. While the restaurant business never really spoke to him, there were many aspects Harris enjoyed, such as engaging with customers. After relocating to Oregon, Harris decided to start his own business, but he had to figure out where to start. His parents had closed up shop in Alaska and Harris’ father discussed new entrepreneurial options with his son. 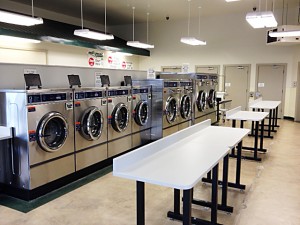 Harris and his father talked about the kind of business they wanted to run. One important factor was to choose a business that didn’t require a large staff – previously a challenge in the restaurant industry. They also wanted to run something more consistent and stable, with less turnover. Finally they decided to open a coin op laundromat.

After reaching a decision, Harris reached out to multiple coin-op laundry distributors in the area to see who would be the best fit. Eventually he connected with Jim Wright of Western State Design, as he saw the value in Dexter EXPRESS washers and the reliable customer service of WSD. Harris pointed out that he learned about the benefits of opening shop in an underserved area from Wright, which led him to his first location.

The benefits of opening a laundry – and what led Harris to continue his business in opening four locations in four years – are significant for someone interested in living an active life outside work. Maintaining a Laundromat means serving the needs when they arrive and regular servicing, but it doesn’t require a 9-5 presence like most traditional jobs. Harris describes being able to take calls from customers at home, and that he’s now able to be home when his children get off the school bus. Additionally, Harris enjoys that he doesn’t have to be in the stores daily. Attendants take care of many of the daily tasks, and he comes in regularly to check in. Harris remarked getting to know the customers is a highlight in running his business. 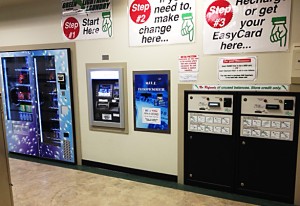 While Harris chose to open a “coin op” or vended laundry he decided to go coinless with his payment system. Instead of using machines that require quarters, he set up all his machines to accept EasyCards™. These cards eliminate worry about vandalism and robbery, since the system is essentially cashless. Customers pay a $1 deposit for their EasyCard™ and then fill the card at the machine in the laundromat. Harris asserts that he has had almost no issues with safety or theft and he attributes this to the EasyCard™ system. Since every EasyCard™ has a specific number attached to it, Harris can manage the accounts from home. His cell phone is posted at each location as the customer service number for the hours that the store does not have an attendant, if a customer calls with a problem, he can pull up their card and mitigate it in minutes by logging into the system from his iPad.

After successfully opening the first Green Lightning Laundry in the Coos Bay area, Harris decided to open more locations. Harris likened his location choices to the idea of catching salmon in Alaska – you have to catch them in the direction their streaming. Harris’ new locations were smartly chosen to be in locations that people can’t miss as they head off a highway or cruise through a main road in town.

Harris opened the second location in a nearby town, but then chose a much farther location for his third store. The EasyCard™ payment system made expanding farther away more accessible because Harris can do work remotely that would typically require a physical presence. The third store location Harris chose is in Reedsport, Oregon, more than 20 miles north of his other two locations. The most recent location is in Florence, which is his farthest location, and an excellent opportunity as there were no other Laundromats in the area. 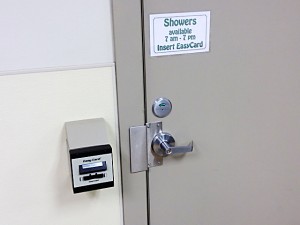 One exciting addition in buying his fourth location in Florence is the inclusion of pay showers. There are a large number of RV parks and campgrounds near this location, and the building Harris purchased already included pay showers. He revamped them himself, with the help of engineers, and created pay showers that work with the EasyCard™. Harris says that with every new store opening comes a new learning experience. He has worked with Wright to include changes in equipment in each store to make maintenance easier. Harris has valued his relationship with Jim Wright and WSD the entire time.

As Harris moves forward managing his four laundry locations, he truly appreciates the way this path of entrepreneurship allows him to live life on his own terms. Harris noted that the business goes in cycles, in terms of which location needs work. He tends to needs, like filling vending machines or repairing washers, as they arise. He enjoys getting to know his customers, but he also values that he doesn’t need to be in his stores every day. This leaves him more time to spend with his family and he can be around for his children.