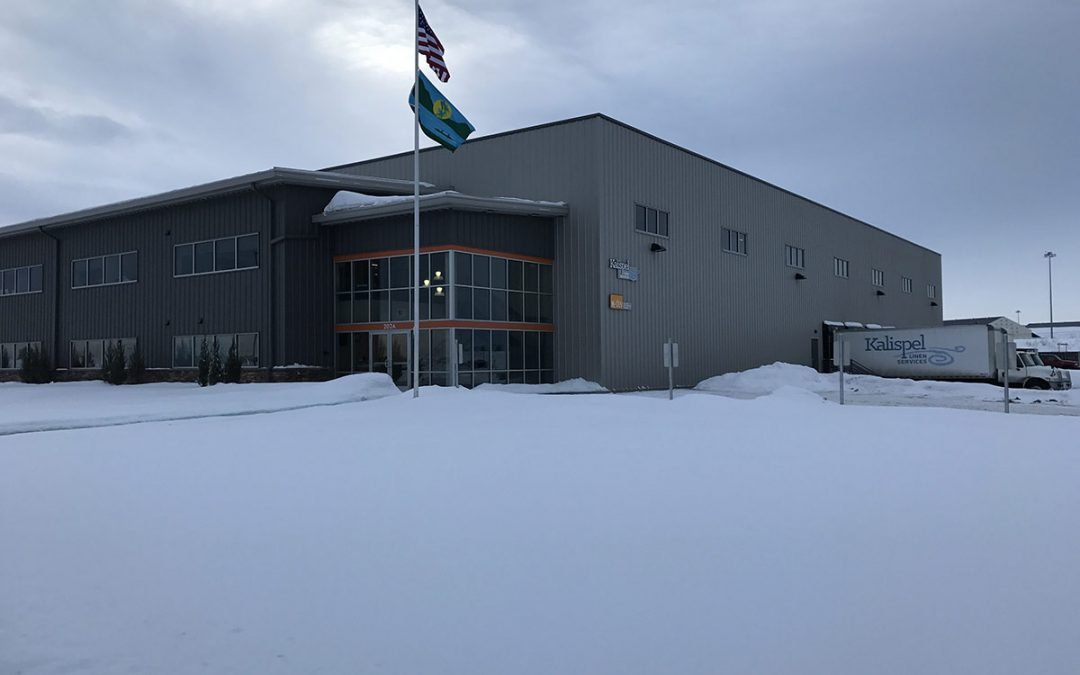 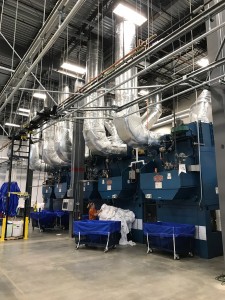 The new multi-million-dollar, state-of-the-art commercial laundry, called Kalispel Linen Services, is located in a dedicated 32,000 square foot industrial building southwest of the busy Casino complex in Airway Heights, Washington, outside of Spokane. The new plant, designed and equipped by Western State Design (WSD) will allow for over 20 million of pounds of laundry to be processed each year, 15x more than K-Wash Linen Service. At the same time, the new plant will be much more water and energy efficient.

The new laundry facility not only continues to service busy NQRC, it has expanded its scope to other industries. For example, it has contracted to take over laundry services for all of the Providence Health Care facilities throughout the Spokane area, making it the largest healthcare laundry in Eastern Washington. The plan is for the laundry to continue to grow and broaden its commercial laundry customer base over time. 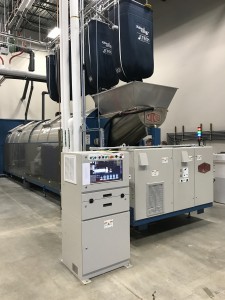 “The impetus to develop a modern facility to effectively handle the region’s healthcare industry’s laundry needs originated from the Kalispel Tribe’s beliefs in health and wellness,” according to Curtis Bash, Laundry Operations Manager for the Kalispel Tribal Economic Authority (KTEA) who oversaw the project.

WSD had been involved in developing the very successful original K-Wash Linen Service and, consequently, was brought in to help design and equip the new plant. WSD worked as a team with representatives from the manufacturers who supplied laundry equipment for the project to ensure smooth integration. In addition, a WSD project manager remained on site throughout the duration of the project which eased the construction process.

The industrial laundry equipment installed at the new Kalispel facility includes the following: 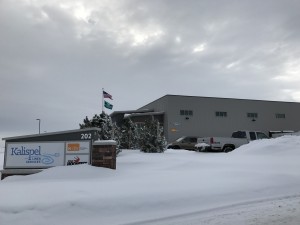 “WSD specializes in the design of large-scale, state-of-the art industrial laundry facilities,” according Rick Hall, the WSD Laundry Specialist who oversaw both projects. “These facilities are designed with a huge focus on saving water and utilities.  For example, the Milnor Pulse Tunnel uses less than .6 gallons of water per lb. of laundry compared to the old system which used 2.5. gallons,” he added.   “In addition, given our many years of experience implementing similar types of high volume solutions, we were able to get the new Kalispel plant up and running within the required timeframe and budget,” he continued.

“One of the reasons we decided to work with WSD again is they have a lot of knowledge about the laundry industry and provide superior service,” said Bash. They also make it easy to quickly source replacement parts, which is important for a busy facility such as this one,” he continued.

In addition to providing a growing, dependable income stream to the tribe, the new laundry business has created a significant number of new local jobs.