How to Succeed in the Laundromat Business? Location, Service, and More… 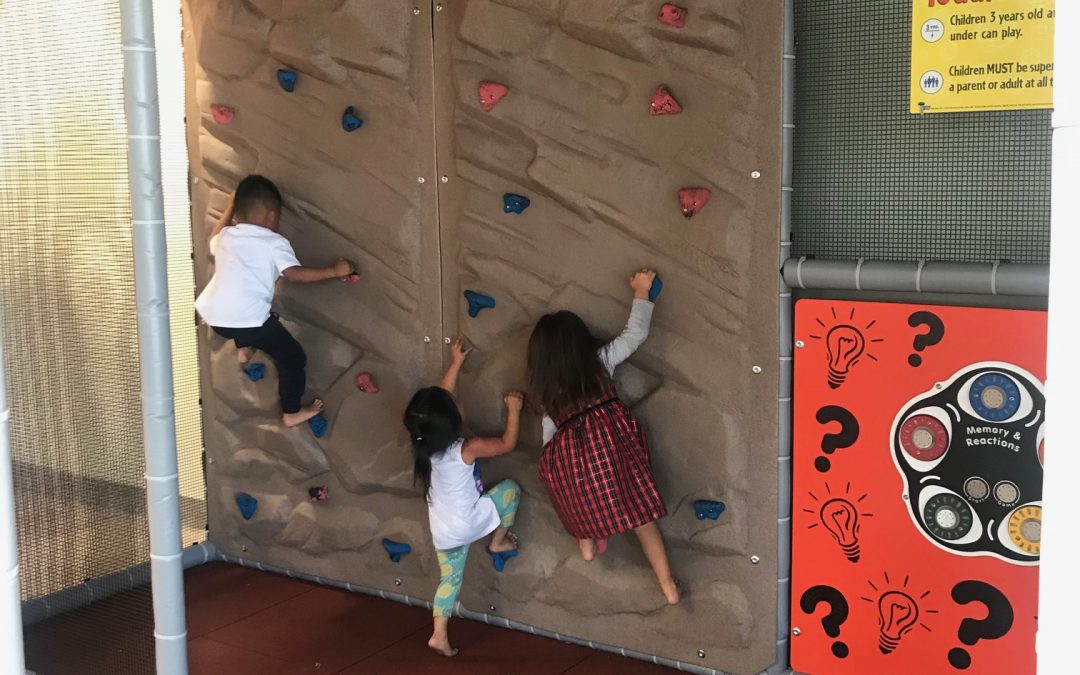 Neighborhood Laundry is a state-of-the-art laundromat in Santa Maria, California that features all brand new Dexter laundry equipment and a 400-foot indoor playground for children. It is already a big hit with the local community — especially among families with children.

David and Dave Stewart are a father-and-son team that entered into the vended laundry business a few years back, designing and building a new coin laundry, Main Street Laundry, on some property they owned in Santa Paula, CA. They were so successful with their first laundry business, they decided to purchase and rehabilitate a run-down building in Santa Maria, CA to house Neighborhood Laundry. They recently completed construction and opened their doors to immediate popular acclaim.

The Stewart’s success with these laundromat projects probably has something to do with their propensity to build things. David spent close to 40 years working as a residential and commercial general contractor, helping build out some of this country’s most iconic retail chains, among other projects. His son, Dave, has a college degree in construction engineering management and worked for a time as a heavy civil contractor.

The Stewarts decided to install Dexter Laundry equipment in their Santa Paula store which is how they first connected with southern California Dexter distributor, Western State Design—a mutually-beneficial relationship which continues today.

Neighborhood Laundry is housed in a 7200 square foot building that had been vacant for the past 25 years. The building originally housed a large industrial linen laundry service for many years, after which it served as a tow yard for a brief period.

The Stewarts were interested in that location because they noticed other laundromats in the area doing good business in spite of the fact that they weren’t serving their customers as well as they thought they should.

David Stewart explained why they chose that particular property: ‘We saw a beautiful building underneath the old rough corrugated metal exterior. When we told people about our plan to put in a laundromat, they said they thought we were crazy. The property was completely fenced off from the sidewalk and was covered by a 12,000 square foot canopy; it looked like an old prison. People agreed that the neighborhood was great for a laundromat, but they thought the building looked like it should be taken down to the ground.”

Ignoring the soothsayers and armed with construction knowledge and experience, the Stewarts embarked on an extensive, 8 month-long renovation project that was completed in the spring of 2018.

WSD Laundry Specialist, Michael Ambrose, along with other laundry experts from WSD as well as Dexter Laundry assisted the Stewarts with the Dexter Laundry equipment mix as well as the planned customer flow in the new store.

The 3600 square foot laundromat takes up half the building, leaving the other half available for future expansion or to lease to a tenant. The building includes six storefronts, three of which are used by the new laundromat.

Undoubtedly, the most unusual aspect of the new laundromat is that it was designed with 400 square feet dedicated to a two-story play area for small children. The play area includes a rock-climbing wall, a tunnel slide, a memory learning game and some fun obstacle courses. 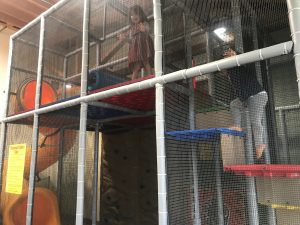 The play area is closed off from the rest of the laundromat so the noise from the kids won’t disturb the other patrons doing their laundry. The wall between the play area and the laundromat is made of glass so that parents and caretakers can keep an eye on their children. There are folding tables along the laundromat side of the glass wall, so parents can watch and work at the same time.

“We came up with the playground idea based on our experience with children at our other laundromat in Santa Paula. Unfortunately, they ruined our landscaping, stomping through the plantings and strewing the decorative rocks around. As frustrating as that was, I realized the kids needed something to do while they waited for their parents to finish the laundry,” Dave explained.

“I came to the conclusion that having a play area for children in the new laundromat was just as critical as having dryers!” he exclaimed. “If I can make my customers’ lives a little easier when they have to bring their kids along to do the laundry by providing their kids with something constructive and fun to do, that will make my life easier too!” he added. 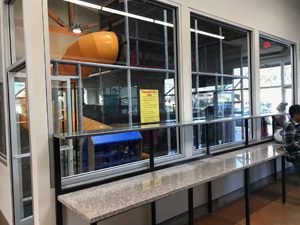 Another special touch at the laundromat is they provide free powdered soap in an effort to support those customers for whom the expense of doing laundry may be a hardship.

We chose Dexter commercial washers and dryers for our first store in Santa Paula because we liked the look and design,” Dave said. “Plus, their Dexter Express option—200 g-force extraction—appealed to us because we liked the concept of customers being able to complete their laundry in an hour,” he continued.

“We have had such a good experience with the Dexter Laundry Equipment in Santa Paula, that’s what we chose for our new store in Santa Maria,” he explained. “The Dexter employees we’ve dealt with all seem to be truly good people. You can tell that good company morale is a high priority there—and we like working with happy people! From the superstar technical support team to WSD’s sales rep, Michael Ambrose, we wouldn’t go with a different company,” Dave concluded.

The Stewarts chose these Dexter commercial laundry machines for their new store: 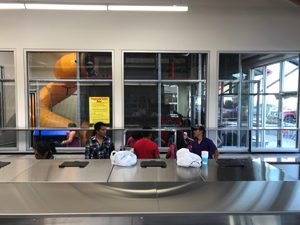 Fast forward to the present: now that the laundromat has been open for a few months, the Stewarts are focused on how to best manage such a high-volume laundry operation. They have encountered a fairly steep learning curve running this new store because it’s much larger than their other store which only has 24 washers. For starters, a bigger laundromat means more employees. Having more employees requires a structured management system. And, there is more work involved in maintaining a large facility—inside and out. But, each day, it gets easier as they learn from the day before, allowing them to resume focusing on the big picture.

We suspect we will be writing about their next laundromat project, before too long. For additional information, contact a WSD laundry expert today.