From Banking to Success in the Coin Laundry Business 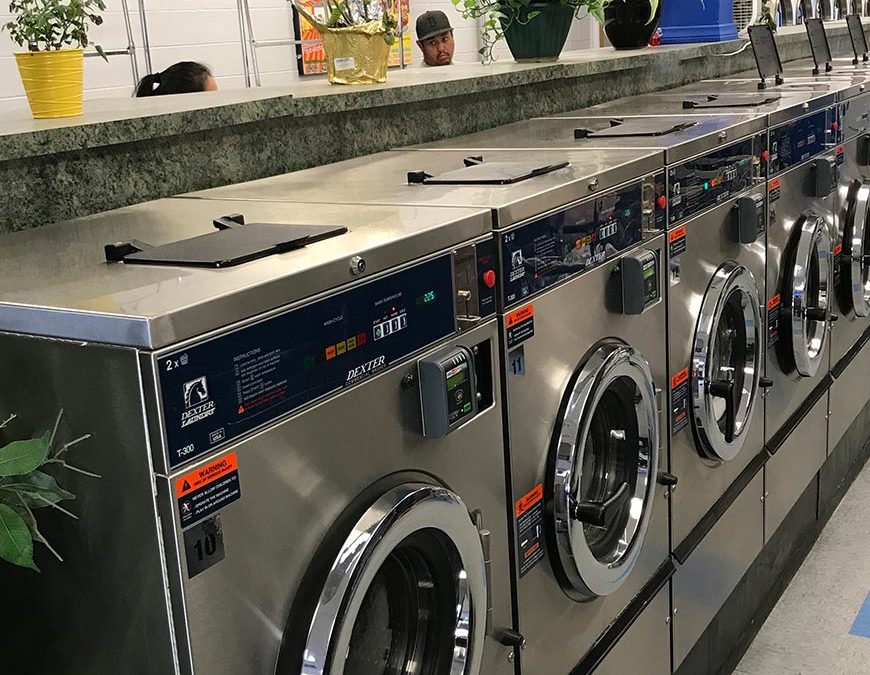 Brandon R. currently owns and operates four successful laundromats in California’s sprawling Inland Empire. He is a relative newcomer to the business, having traded in his busy banking career for one where he can make his own hours and be his own boss. Along the way, he has never stopped thinking about ways to make his coin laundries better serve their respective markets.

A few years back, Brandon decided to seek out passive income opportunities to complement his day job. Initially, he purchased three vending machine routes, a business which he improved with new machines and better inventory. He enjoyed his vending business venture and made a profit when he sold it a year later. That experience led him to consider larger-scale vending operations, which is how he landed in the vended laundry business. 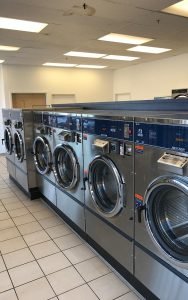 The Secret to Successfully Running a Laundromat

When he first started thinking about acquiring a coin laundry, he thought it might be a ‘side business’ that would, in effect, run itself. But the more research he did the more he began to understand that it’s not just a ‘grab your money and go’ business. He concluded, in fact, that there was a lot of opportunity to do well with this business because other operators—potential competitors—often made that very mistake. If he did it right, giving the laundry business the focus it required and managing it carefully, he realized it would allow him to not only replace the income he was making as a banker but would also provide the freedom that comes with being his own boss.

Brandon explained, “One of the main reasons I decided to go into the coin laundry business full time was to spend more time with my young family. In my previous job as a banker, I had to be all over the place driving to San Diego, Orange County and Los Angeles and was away from home 60-80 hours per week. We had our fourth child not too long ago and being able to be at home to help out was a blessing.” 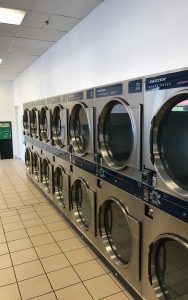 Brandon acquired his first coin laundry in 2015: Sierra Coin Laundry in Fontana, which he renovated and upgraded working with Laundry Specialist, Steve Erlinger of Western State Design. With many years in the coin laundry business helping operators achieve success, Steve has many insights that only come with experience. And, of course, he was able to provide expert guidance on the best type and mix of new commercial laundry equipment in Brandon’s first operation, leading to a favorable ROI.

Two months later, Brandon had the opportunity to purchase a vacant laundry in San Bernardino, SB Coin Laundry which he also renovated, quickly turning it into a money-making operation.

Brandon operated his initial two coin laundries for a year while continuing to work at his banking job, calculating that he would need at least three stores to replace his regular income. When the coin op he had had his eye on in Ontario—Vineyard Coin Laundry—came on the market, Brandon promptly bought it. Unlike his other two stores, this coin laundry was in pretty good shape, having been managed well by the previous operator. From day one, it provided him with a good income stream, allowing him to retire from banking.

But, Brandon wasn’t finished with his coin laundry acquisition spree. Given his varied experience with his existing three stores, he realized there was a lot of upside to acquiring a neglected, run down store and renovating it to modern standards. To this end, he acquired his fourth store—Arrow Coin Laundry—in Fontana, after the existing operator was evicted. He negotiated a new lease directly with the landlord, repaired the existing equipment, expanded the space and brought in new, state-of-the-art Dexter Laundry machines.

Judging from Arrow Coin Laundry reviews, it’s a big hit with patrons. Here are some samples from Yelp:

“Nice, always clean with plenty of parking: big and spacious.”

“Love the new big machines—I can bring all my big blankets and get em done in no time!”

And as overheard during a visit, one patron exclaimed how thrilled she was with the upgraded laundry and new ownership, particularly the customer service, saying it was a huge improvement over the old store. 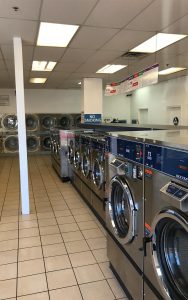 When asked to reflect upon his experience in the coin laundry business so far, Brandon has some interesting observations.

“This business has definitely given me more free time versus what I had in my past job, even managing four stores!,” he exclaimed.

He also encountered some surprises along the way. For example, he figured out early on that he needed to learn how to make simple repairs on the machines to avoid downtime. Brandon says that he’s pleased he chose Dexter commercial laundry machines with a modular design that makes this relatively easy.

Brandon also learned to appreciate the value of good attendants in his stores early on. He had been thinking, before he actually got into the business, that he would run his laundromats unattended most of the time. But, once he bought his first business, he realized how important well-trained attendants are to the customer experience.

“It is so important to make your store easy for your customers to use and easy for your attendants to manage, reducing the need for emergency visits,” he explained.

“I decided on Dexter laundry equipment for my first coin op because that’s what was there and I wanted to keep things similar. I kept about half of the older Dexter machines in place. As I started learning how to fix the older machines, I had a great experience every time with Dexter’s technical support team, which I give credit for most of my repair know-how.  They are easy to contact and are very patient with you over the phone and explain everything in detail.  I find Dexter’s technical support to be far superior to the other brands of laundry equipment I have owned,” Brandon added.

“I also love that the Dexter dryers have just one coin box. The other brands I have include two boxes, with is double the work when collecting,” he continued.

“Also, the Dexter older machine parts can be used on the newer machines for the most part, which makes managing parts a little easier. The other feature I like is the emergency stop button.  the customer can simply stop the machine if something goes wrong, versus me getting a call while I’m at home having dinner and having to rush to the store to stop the machine for the customer,” Brandon finished. 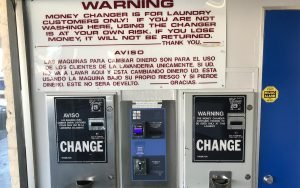 As the card system, Brandon says he likes giving his customers multiple payment options, which is both a competitive advantage and additional “safety net” in case he runs out of quarters or the quarter slot/changer gets jammed, etc. In the event of a problem, customers are still able to use the machine without the quarters.

The card system allows him to give away a loyalty card in a raffle or other marketing promotion. It also allows store attendants to use their assigned card to start a laundry machine for a customer if there is a problem.

When asked about his future plans, Brandon’s response was that he wasn’t planning on acquiring any additional stores for now.

“I think four is my max for operating myself…and three is actually a little easier, allowing me more free time which is one of the reasons we’re selling the SB store,” he said.

And, the best part about the coin laundry business? Brandon can be home for dinner every night with his family and tuck his children in!