On the Eve of its 15th-year Anniversary, Coin-Op’s Business Expands with High-Capacity Dexter Laundry Machines Provided by Western State Design 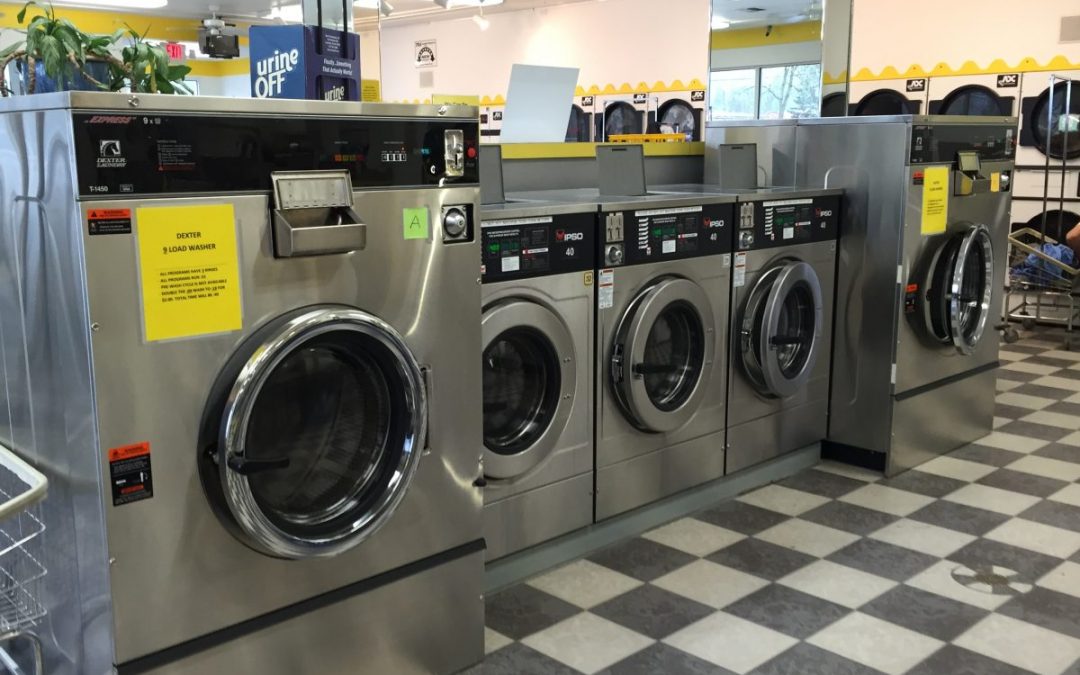 Over the years, Jock Jouvenat, veteran operator of Value Clean Laundromat in Roseburg, OR, working with Jim Wright of Western State Design (WSD), has increased the revenue of the coin-op through acquisition of Dexter high capacity laundry machines. 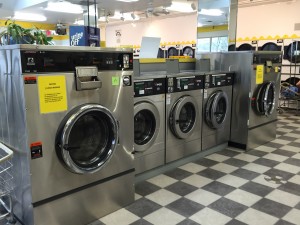 Jouvenat acquired the property where Value Clean is located in 1998.  The building originally contained 5 commercial units, one of which contained remnants of a coin-op laundry from the 70’s.  The old coin-op laundry was very small and contained old-style, top load washing machines.  The coin-op laundry required a complete renovation.

For guidance on renovating the space, Jouvenat was introduced to Western State Design (formerly Western Cascade) through his involvement in the Coin Laundry Association.  Working with WSD, he chose his original laundry equipment and re-opened the coin-op’s doors on May 23, 2001.

Through the years, Jouvenat gradually replaced equipment and increased the total capacity of the washers and dryers and started adding laundry equipment behind the counter for the drop off laundry service.  His first Dexter laundry equipment purchased (9) years ago consisted of (3) Dexter T-50×2 stack 50 lb. dryers which, he says, have had no maintenance issues. In late 2014, based on the recommendations of WSD’s Jim Wright, he added a Dexter T-80 Express 80 lb. OPL dryer for the drop-off-laundry service.

Last year, Jouvenat attended the laundry industry’s bi-annual trade show, the Clean Show, in Atlanta (which he attends every two years).  He anticipated buying (2) more 75 lb. washer extractors. Upon arrival he was informed those particular machines were no longer being manufactured, providing him the opportunity to consider all brands in that size range. In the prior year, his coin-op had had an increase in use of the (2) 75 lb. washers that they owned and his intention had been to double the number of large capacity coin-op washers. Jouvenat consulted with Wright who recommended the larger Dexter T-1450 90 lb. Express washers. 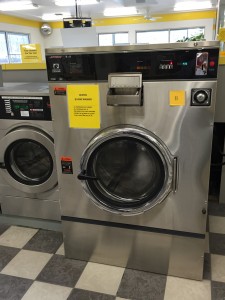 The (2) large capacity 90 lb. Dexter washers fit within his existing space and have been in operation since September 2015.  Both Jouvenat and his customers, alike, are thrilled with the performance.  Jouvenat likes the extra capacity because it means that the drop off laundry doesn’t have to wait in a queue for one of the large capacity 75 lb. machines.  “I no longer have to worry about bottlenecks on the floor”, he says.  And, an added bonus is the fact that the beautiful large capacity Dexter washers are in a prominent location facing the drop off counter and are really impressive looking when they’re operating.

“The customers particularly like the Dexter Express machines because the laundry comes out virtually dry which results in significantly reduced drying time”, exclaims Jouvenat.  “The vended control features are very intuitive and user friendly”, he continues.

Jouvenat does point out that, in spite of the popularity of the new larger washers, his 40 lb. washers remain his store’s workhorses.  Though he doesn’t provide a specific number of Turns per Day, he does look at his total Turns among his 75 and 90 lb. washers and says they have definitely increased from a year ago.  And, the good news is that they haven’t cannibalized business from the smaller machines, which means that they’re actually helping him increase revenue.  “My revenues have increased without any additional advertising or marketing”, added Jouvenat.  “I’m very pleased about how all of this has worked out”, he concludes.