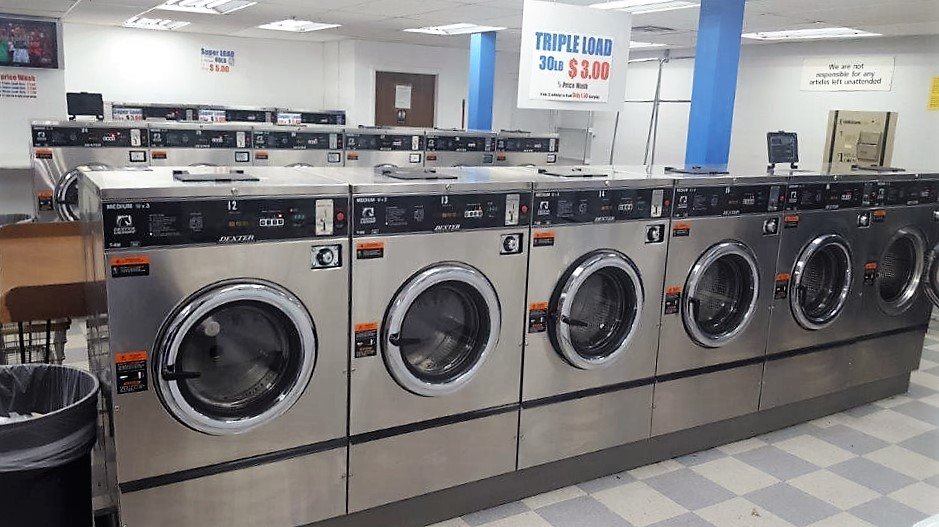 In their 31st year of working together, Javier Hernandez, owner of multiple coin-op laundries in the southwest, and Michael Cutter his longtime advisor, sat down with Scott Harrington, Area Sales Manager at Western State Design (WSD) to discuss their longevity and success in the industry.

Having owned and operated over 40 stores during his long tenure in the business, Hernandez  sums up his philosophy toward the coin-op laundry business:  “The key to success is keeping your machines running, keeping your stores clean and well-lit and having the proper mix of equipment and not being on cards.”, he explains. 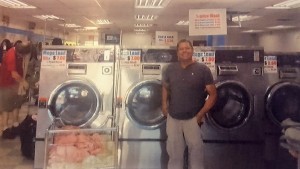 The origins of their success go back to 1989 when the team of Hernandez & Cutter, upgraded their first coin-op laundry in the Dallas/Ft. Worth area.  The success of this first business led to a series of similar acquisitions in that same metropolitan area.  By the time they decided to branch out to other western states in 1996, they had developed a total of 16 successful coin-op laundries in Texas.  They then set their sights on the burgeoning Phoenix market, selling their existing stores in order to expand into the new market, followed by Las Vegas, Tucson, and Albuquerque.

These days, Hernandez, through his parent-company, Regal Laundries & Management, owns several coin-op laundries in the Phoenix and Las Vegas metropolitan areas, called Val-U-Wash 24 Hour Laundromat and has just renovated and re-opened two more under the name Regal Laundries.  In the past few years, WSD’s Scott Harrington has assisted him with development of his stores. 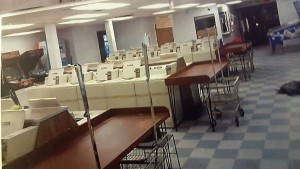 Hernandez & Cutter have worked together for 31 years.  Although Cutter has been retired for several years and divides his time between Phoenix, Australia, and Thailand, he still assists Hernandez with acquisitions, lease negotiations and consulting.  As Cutter says “With the Internet and services such as Skype, you can do business from anywhere in the World.”

Hernandez explains that, with one exception, they have always upgraded existing stores, rather than turnkey development of new ones. By acquiring existing stores, they don’t have to engage in the involved process of dealing with municipal zoning and regulatory agencies.  Moreover, existing properties provide evidence that they are in a viable location.  When he first buys a store, Hernandez makes sure he doesn’t lose business during renovation by performing all of the work in stages to keep the store operational. 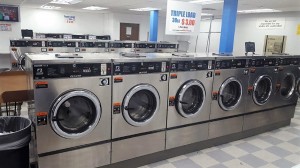 Self-taught and totally hands-on, Hernandez and his staff perform all of the installation work and repairs in his coin-op laundries.  Over the years, by training key employees to do basic troubleshooting, he has developed a very effective preventative maintenance program which results in minimal costs along with minimal downtime for the equipment.  Maintaining equipment in good working order is particularly important during peak periods.

Ease of maintenance is one of the reasons Hernandez likes the USA-made Dexter Laundry Equipment he installs in his stores.  He says that not only does he appreciate the machines’ attractiveness and reliability, as someone who does all of the maintenance himself, he appreciates the simplicity of their components’ design.  He explains that since everything is modular, it makes them easier to maintain. 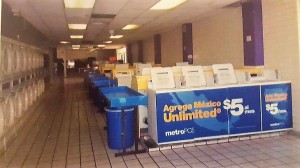 Both Hernandez and Cutter particularly like the popular Dexter T-900 60 lb. and Dexter T-1200 80 lb. front loading washers which they have installed in all of their stores.  Along with user friendly features, such as frontloading soap, a STOP button, which is a Dexter exclusive feature, and fully-opening doors on the Dexter C-Series, they do a really good job cleaning clothes and are efficient.  “Once you appreciate the advantages of these front loaders, you don’t go back”, says Hernandez.  “The bigger the better”, says Cutter, “but sometimes you have to explain that to the customer – that the big machines will actually save them money”, he continues.

“Back in 1995, when we first got involved in the Phoenix market, all of the equipment at the time consisted of top loaders.  When we installed new equipment in our stores, more than half were front loaders, which everybody thought was crazy back then”, says Cutter.  “Over time, though, we managed to persuade everyone about the advantages of the front loaders”, he adds. 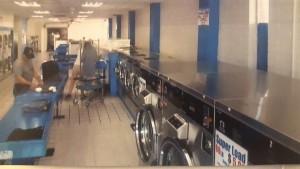 Hernandez and Cutter were ahead of the curve in other aspects of the industry as well.  In 1995, Hernandez was the first to install a debit card system in his coin op laundries in Texas, Nevada and Arizona, and he was the first to take them all out again, when the economy slowed down 10 years later.  He explained that the economic downturn forced him to reduce his labor force which made it very difficult to maintain fully-attended stores, which, in turn, made it difficult to continue the debit card systems, so he reverted to coin.

The downside of getting rid of the debit card systems is that they couldn’t run value-added specials.  However, they managed to make up for this through the use of Dexter Laundry’s innovative DexterLive app which provides simple options for customized pricing and promotion.  This app allows the laundry operator to change the price of a wash, depending on the time of day or the day of the week, to even out the customer flow and maximize sales.  For example, Hernandez owns a couple of stores where the cost of water is included, so, in the middle of the night, he discounts his washers to half-price.

Hernandez’s ability to run specials, especially in a community where customers are living paycheck-to-paycheck, is a key benefit of the Dexter washers.  When he first implemented these midnight specials, he was worried about security but so many customers showed up, it wasn’t an issue.  “Javier uses the customizable pricing app more than any other operator out there that they know of”, says Cutter.  “Plus, many of our customers tell us they prefer coin”, he adds. 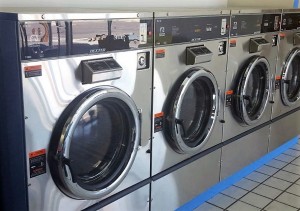 Not only does Dexter manufacture excellent laundry machines that come with generous warranties, it also has a great Finance Department, according to Hernandez.  Over the years, he says he has borrowed money from a number of sources to finance his multi-store operations.  Cutter claims that Dexter Financial Services, with the help of Michelle Nelson and Judy Burghardt, have been the best to work with.  “They are responsive and offer a very quick turnaround”, he says.

Dexter Financial Services has some nice things to say about Hernandez’s company as well, according to Harrington of WSD.  “They have the best books that Dexter Financial has ever seen:  accurate and complete, which is definitely not the norm” says Harrington.  Hernandez adds that having accurate and up-to-date bookkeeping records is a great advantage when he sells his stores.  For example, he just sold a store in Las Vegas and had everything all ready for the purchaser’s audit – the figures balanced right down to the dollar which allowed them to quickly complete the transaction.  “If you don’t keep accurate figures, it catches up with you in the end”, warns Cutter.

Hernandez sings the praises of WSD, as well.  He says they are a great distributor to work with.  In particular, he says that Scott Harrington has been the best salesman he’s ever worked with in terms of quickly and easily obtaining price quotes, getting orders in and providing shipment dates and information.  “With other distributors, we had to chase that information down.  It is really nice to deal with the professionals at WSD”, says Cutter. 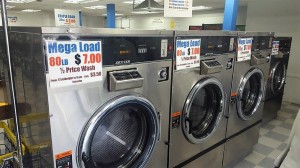 While their complementary skills have contributed to Hernandez’s and Cutter’s successful collaboration over the years, their common focus and goal – striving to meet their customers’ unique needs in each and every store they own –  is what really sets them apart from their competition.  They understand that their customers want a bright, safe space to do their laundry, using attractive, state-of-the-art, reliable, efficient laundry machines and that’s what they deliver.  “Some people say it’s not a glamorous business, but to us, the glamor has always been the bottom line”, says Cutter. “This is our passion.  It’s all we do and we’re good at it”, exclaims Hernandez.